Proceeds will go towards a scholarship which young musicians can apply for. Tickets can be reserved below. They will also be sold at the door (cash only).

Musicians’ Dream Aid will be hosting its inaugural concert! On Saturday, June 13, you have a chance to hear the music performed by some of Canada’s most talented young musicians. The concert will also feature a world premiere of "Secrets of the Wind" by Leslie Ashworth, first prize winner of the MDA Youth Composition Competition. 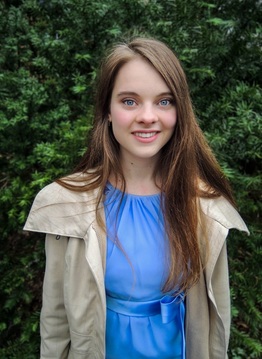 Hailing from Vancouver, Canada, soprano Rose Hegele is currently pursuing a double major at the Eastman School of Music in Voice Performance and Musical Arts with a focus on Icelandic music. Beginning private voice lessons at age eight, Rose has numerous musical accomplishments and experiences. Highlights include her orchestral debut with the Vancouver Symphony Orchestra (2006), first professional operas Cavelleria Rusticana/I Pagliacci and La Bohème (Vancouver Opera Children’s Chorus, 2007-08), interpretation of “Damon” in Acis and Galatea (Vancouver Voices, 2008), and performance of “Erste Knabe” in Die Zauberflöte (Opera on the Avalon, 2013).

In addition to performing traditional works, Rose is extremely passionate about contemporary music and collaborating with composers. At Eastman, Rose has premiered works written by her colleagues under the supervision of professors David Liptak and Ricardo Zohn-Muldoon. Recent premieres and composition readings include composer Jessie Chang’s vocal octet: “My Soul is Awakened from Sleep,” and Soo Jin Kim’s “Psalm 121” and “To Climb for Flowers,” an orchestral reading in which Rose sung as a soloist with the Eastman School Symphony Orchestra. Upcoming events include participation and study in the soundSCAPE contemporary music festival in Maccagno, Italy, and performance in Gluck’s Orfeo ed Euridice (Midsummer Night Opera). 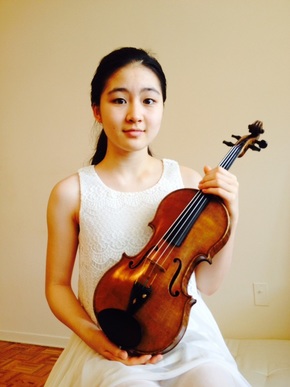 13-years-old Ruth Kim was born in Cape Town, South Africa, and has been invited to play in small towns there as a soloist since age 7. She is in her fourth year in the Junior Academy, and studies with Mr. Danchenko and Mr. Shiffman.

During the past years, she has participated in competitions and festivals and won top awards. These include the Star Trophy and grand prizes at the Kiwanis Music Festival, Ontario Music Festival Association Provincials Finals, and gala events. In addition, she was awarded a silver medal from The Royal Conservatory’s examinations. She was also invited to play at the Taylor Academy's "Stars of Tomorrow" Concert. She also had the opportunity to play with the ACO. She was awarded this opportunity by winning a Concerto Competition.

Ruth was also filmed for a documentary hosted by Dr. David Suzuki, "The Nature of Things".

As an avid oil painter, her works, including portraits, animals and various landscapes, have also been featured in exhibitions. 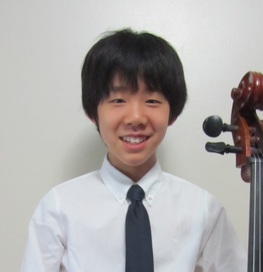 Jake Lee is twelve years old. He began playing cello at age 6 and has been a student of Susan Gagnon. He is now studying at the Phil & Eli Taylor Performance Academy for Young Artists (formerly known as YAPA) of the Royal Conservatory of Music (RCM). Jake has won top awards and scholarships in many music festivals and competitions. He won second place in the Canadian Music Competition (CMC) National Finals in 2014, second place in Ontario Music Festival Association (OMFA) in 2014, and First place in Age 15 and under for String Quartet (String Theory) at Kiwanis Toronto in 2014, 2015. He was also invited as the principal cellist of Suzuki Youth Orchestra of America (SYOA2) in the Suzuki Association of the Americas Conference, Minneapolis, in 2014. Jake has performed in master classes conducted by Andres Diaz, David Hetherington, Mosche Hammer, among others. 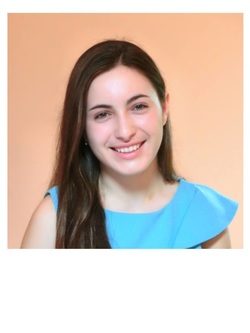 Nineteen-year-old violinist Sophia Anna Szokolay made her international debut in October 2013, touring with the Győr Philharmonic Orchestra and giving solo recitals throughout Hungary. Highlights from 2014 include performances with Martin Beaver in recital, and top prize at the Mary Smart International Competition in New York. Sophia began her violin studies at the age of 3. At 13 she became a pupil of David Zafer, Professor Emeritus of the University of Toronto, and served as concertmaster of the Toronto Symphony Youth Orchestra from 2012-14. Sophia currently studies with Barry Shiffman and Victor Danchenko at the Phil and Eli Taylor Performance Academy at the Royal Conservatory of Music. In September 2015, she will join the studio of Miriam Fried at the New England Conservatory in Boston. 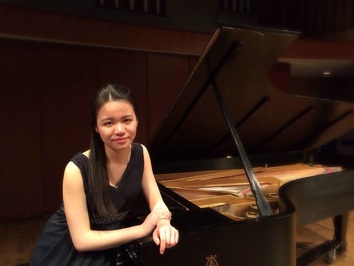 Born in 1997, Victoria first started taking piano lessons at age four with Aster Lai, and first performed at the age of 5 with the Canadian Sinfonietta Orchestra. At the age of 9 she went to China to study under Professor Dan Zhao Yi, where she attended the ShenZhen Arts School. Winner of the national Canadian Music Competition, and the 8th EPTA International Piano Competition in Belgium, she has also won top prizes in the 9th Russian Music International Piano Competition, and at the 2014 Canadian Chopin Competition’s adult division.

Since her orchestral debut at age 5, she has performed with the Shenzhen Symphony Orchestra and the Canadian Sinfonietta, and played in various cities in China including Hangzhou, Chongqing, and Shenzhen, as well as Hong Kong, the US, Belgium, and in Toronto. Amongst various venues, she has performed at the Shenzhen Concert Hall in China, the Hong Kong City Hall, and Koerner Hall, Glenn Gould Studio, and Toronto Centre for the Performing Arts in Canada.

Victoria has been on TV programs such as interviews on Fairchild TV and OMNI 2 in Canada, as well as music videos on Shenzhen Satellite TV in China. Victoria will appear in the Westben Arts Festival this summer, in an all-Chopin program. In the summer of 2012, Victoria went back to Canada to study at the Young Artists Performance Academy of the Glenn Gould School, where she is currently under the tutelage of Marietta Orlov. Apart from piano, she also does competitive swimming, and has had Chinese watercolor works exhibited in China, and photography projects exhibited in Downtown Toronto. 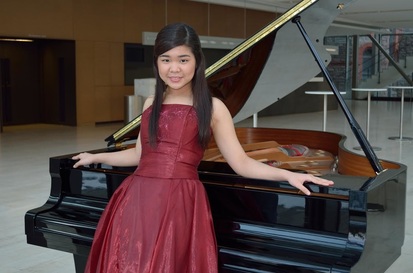 Born in 1998, Annie Zhou studies at the Royal Conservatory of Music with Marietta Orlov. She began her piano lessons at the age of four with Tanya Tkachenko. Annie has been a consistent winner at some of the world’s top piano competitions. Most notably, she won first prizes at the 9th Moscow International Frederick Chopin Competition and the 13th Ettlingen International Competition in Germany. Later this year, she will take part in the 17th Fryderyk Chopin International Piano Competition in Warsaw, as one of the youngest participants.

Annie made her orchestral debut when she was eight, and has since performed with the Minnesota Orchestra, the Montreal and Toronto Symphony Orchestras, and the State Youth Orchestra of Armenia. As a chamber musician, she played with the Fine Arts Quartet at the Montreal Chamber Music Festival. Annie has performed in renowned concert venues across North America, including the Carnegie Hall in New York. Concerts overseas brought her also to Italy, Switzerland, Germany, Liechtenstein, and China.

Annie has been on local and national TV and radio, including her duo with world-acclaimed pianist Lang Lang on CTV’s Canada AM, as well as on US and German radio. Called by CBC Radio “Canada's next piano superstar”, Annie was a CBC Music Next! Artist for 2013, as one of the most promising young artists in Canada. Annie will appear as the Stockey Young Artist at the Festival of the Sound this summer, and make her French debut at the prestigious Auditorium du Louvre next spring.