Proceeds will go towards a scholarship which young musicians can apply for. 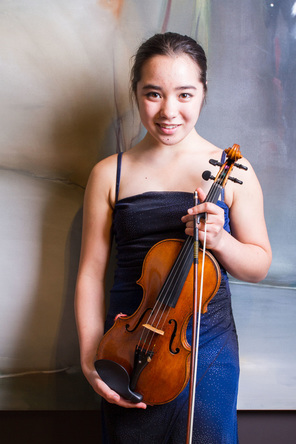 Emma Carina Meinrenken, 16, violin, is a full scholarship student of The Royal Conservatory's Phil and Eli Taylor Performance Academy for Young Artists, in the studio of Atis Bankas. Emma has won top awards in many competitions including 1st prize in the Stradivarius International Violin Competition (2013), silver medal at the Stulberg International String Competition, and Grand Prize winner in the CMC National Finals (2012). Last November, Emma performed at the APEC World Summit in China, hosted by Mrs. Laureen Harper. Emma plays on a 1687 Cappa violin.

At age 10, Emma made a debut with the Toronto Symphony Orchestra, and has since performed as a soloist with many other professional orchestras across North America, including the Michigan Symphony, and the Utah Symphony Orchestra. Emma has performed in master classes with world acclaimed violinists such as Leonidas Kavakos, Maxim Vengerov and Midori Goto, among others. 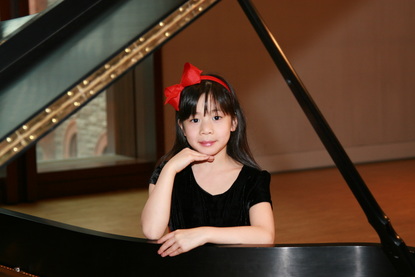 Janaya Lo is a student of Dr. Andrea Botticelli at the Royal Conservatory of Music in Toronto, Canada. She has won top prizes and scholarships at many music festivals such as the American Protege International Competition, the AADGT Festival, the CCC Toronto Piano Competition, the North York Music Festival, and the Canadian Music Competition.

She was the national champion at both the 2014 and 2015 Canadian Music Competition for her age category. In 2015, Janaya was also named the Grand Prize Winner for all contestants in the  7-10 year old age category.

Janaya made her Carnegie Hall debut at age 8 and has returned for another engagement. She has also performed at the CCC Competition Gala concert, the North York Music Festival Gala concert, the RCM Showcase Concert, the CMC Winner’s recital.

She is currently the youngest pianist at the Phil and Eli Taylor Academy for Performance Artists at the Royal Conservatory of Music in Toronto. 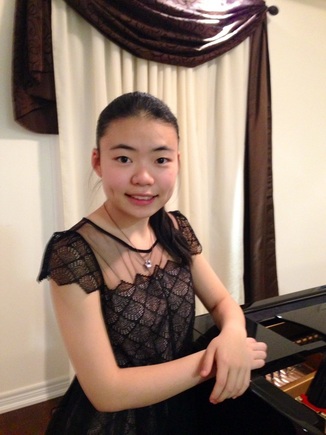 Kyoko Kohno is a piano student at the Phil and Eli Taylor Performance Academy for Young Artists, under the tutelage of David Louie. She is currently in grade 11 at Richmond Hill High School in Canada. Having lived in Los Angeles, Tokyo, and San Francisco, Kyoko is grateful of music for always helping her adjust to new environments. She has participated in numerous summer music programs and has performed in Carnegie Hall. Recently, Kyoko received awards in North York Music Festival and OMFA Provincial Finals. 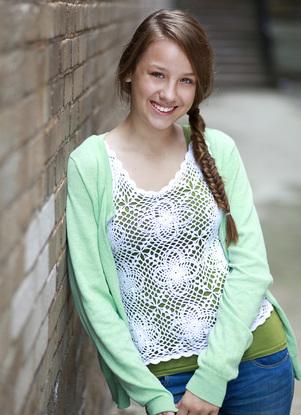 Julia Debowska, of Polish descent, is a 16 old soprano, born in Toronto. She is currently studying voice with Prof. Jean Macphail, as a full scholarship student at the Phil and Eli Taylor Performance Academy for Young Artists of the Royal Conservatory of Music in Toronto, Canada.

In December 2014, Julia performed in Carnegie Hall, New York as a 1st Place and Best Performance Award Winner of The American Protege International Vocal Competition.  In March 2015, she performed with the Symphony on the Bay Orchestra in Hamilton, as a winner of The Young Artists Competition.

In June 2015, she returned to Carnegie Hall as the Gold Medal Winner of the AADGT International Young Gifted Musicians' Festival "Passion of Music".  She was nominated for and chosen by the Saarburg International Music Festival Committee to receive a scholarship and attend the two-week summer music program in Saarburg, Germany. There, she studied voice under the tutelage of Prof. Carole FitzPatrick of The Arizona State University, under the musical guidance of Nigel Foster of the Royal Academy of Music, England. 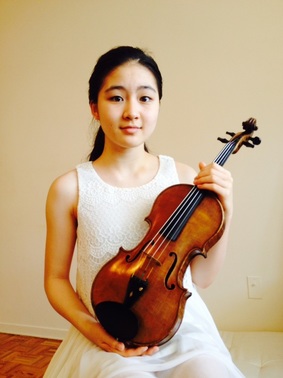 14-year-old Ruth Kim was born in Cape Town, South Africa, and has been invited to play in small towns there as a soloist since age 7. She is in her fifth year in the Junior Academy, and studies with Mr. Danchenko and Mr. Shiffman.

During the past years, she has participated in competitions and festivals and won top awards. These include the Star Trophy and grand prizes at the Kiwanis Music Festival, Ontario Music Festival Association Provincials Finals, and gala events. In addition, she was awarded a silver medal from The Royal Conservatory’s examinations. She was also invited to play at the Taylor Academy's "Stars of Tomorrow" Concert. She also had the opportunity to play with the Academy Chamber Orchestra. She was awarded this opportunity by winning a Concerto Competition.

Ruth was also filmed for a documentary hosted by Dr. David Suzuki, "The Nature of Things".

As an avid oil painter, her works, including portraits, animals and various landscapes, have also been featured in exhibitions. 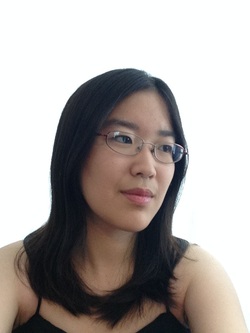 Naoko Sakata, founder of Musicians' Dream Aid, studies with Li Wang as a full scholarship student at the Taylor Academy.

San Rim is a sixteen year old cellist. He studies with David Hetherington in the Taylor Academy for young artists at the Royal Conservatory of Music in Toronto. San has been playing cello ever since he was four years old. He has won several competitions such as the senior cello division in the All-TV music competition, the grade ten strings division in the Kiwanis Music Festival, the senior string division of the Canadian Contemporary Music Festival and the RCM orchestra’s concerto competition (Junior Division) and has repeatedly qualified for the finals round of the Canadian music competition. He is currently in grade eleven. In his free time he enjoys playing many sports with friends and reads many books.
Powered by